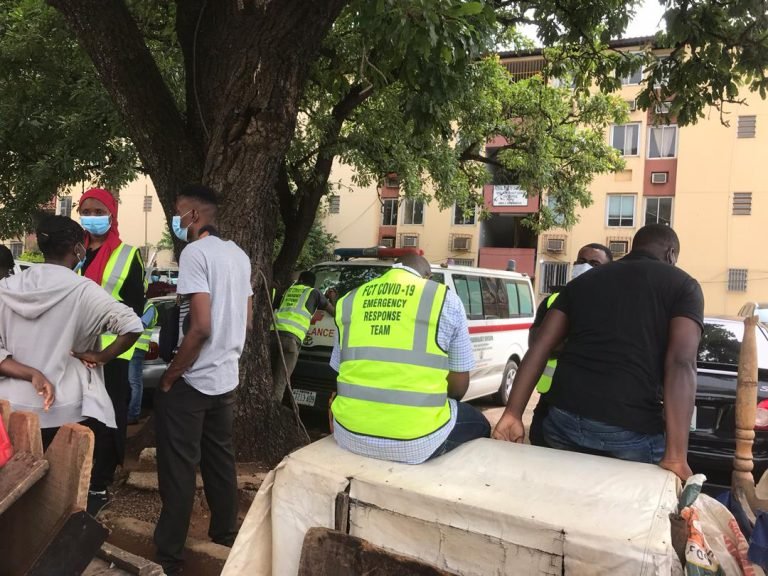 Members of the federal capital territory (FCT) COVID-19 emergency response team are protesting against the non-payment of their N30,000 daily allowance for April and May.

The director of finance in the Niger Delta Development Commission (NDDC), Ibanga Etang, who passed on recently died of COVID-19, the commission has said.

There were several speculations around Etang’s death, including some unsubstantiated reports saying that he may have been poisoned.

Hours after Etang’s death, the NDDC had shut down its operations and ordered its workers to be on self-isolation, fuelling the belief that he may have died of COVID-19. But that also prompted the allegation that the NDDC management was up to some cover-ups.

Speaking at the media briefing of the presidential task force on COVID-19 Tuesday, Ihekweazu said 29 of the infected health officials are of the NCDC.

“We have had 812 health workers infected. They are not just numbers. Twenty-nine of this work with NCDC. They are people I know. Eight of them right now are in Idu treatment centre. They are people and they matter,” he said.

The forced movement of Mordi, a 53-year Chief Nursing Officer and employee of the Central Hospital, Agbor, was admitted into the Treatment Centre at FMC, created some apprehension in Asaba and its environs.

Lagos, Kaduna, Oyo and Kwara states are not about to unlock religious centres in spite of the window for reopening provided by the Federal Government.

Lagos State Commissioner for Home Affairs Prince Anofiu Elegushi said as a result of disagreement at a meeting of religious leaders with the government, the reopening of religious centres was put in abeyance.