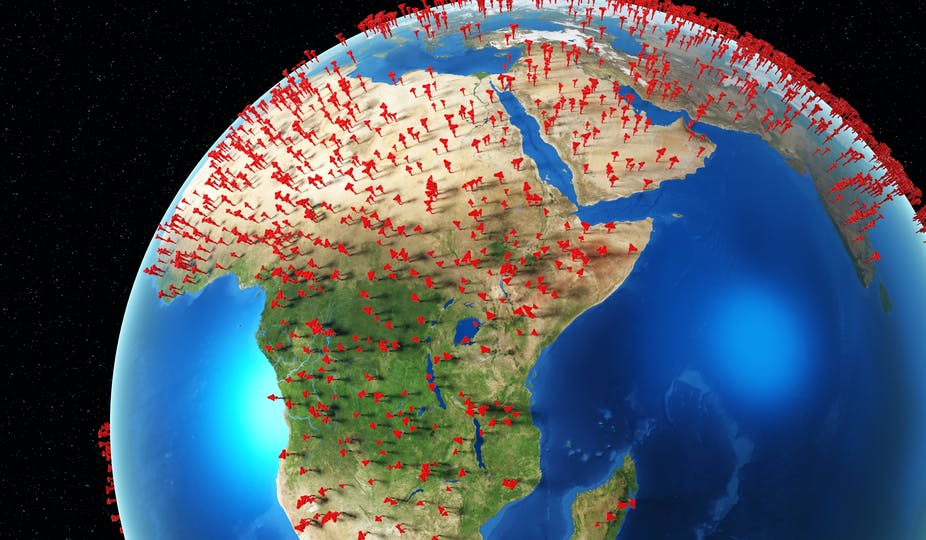 There are several reasons why many global experts and health professionals cast predictions of high mortality rates on Africa in the early days of the pandemic, even as the world awoke to its volatile and barely escapable danger.

The continent is ridden with its fair share of epidemics: immune system-compromising illnesses such as the HIV, poor health sector infrastructure, environmental development disarray, housing inadequacy, and a horde of other structural problems that hinted at an apocalyptic breakout of the Coronavirus across the continent, and as many went on to fear, the world.

It has been more than five months into the pandemic. After the scare of rising positive cases, the Coronavirus pandemic seems to have taken a dip in Africa. Coming right behind Oceania with just 1.6 percent COVID-19 case-death rate, Africa is next with only 2 percent, a percentage also shared by Asia. This leaves other parts of the world, unfortunately, accounting for the brunt of the death records, Europe has 6 percent and North America, 4 percent.

South Africa, whose COVID-19 record spiked in April, has up to 4,546 confirmed cases and 87 deaths and continues to record up to 97 fresh deaths. But other nations on the continent like Rwanda have made tremendous progress in curbing the spread of the virus. Recording only 19 deaths so far out of 4,409 cases, Rwanda is a prime example of how government can eradicate the virus by exhibiting extraordinary and proactive actions to strengthen the health sector, facilitate processes for easy, accessible, free and quick testing, and most importantly, make health-care available to all COVID-19 patients.

Beating Corona data map reflects that by 1 February 2020, the World Health Organisation listed Nigeria among high-risk countries – even before the country confirmed its first case on February 28. While the Nigerian Supreme Council for Islamic Affairs (NSCIA) announced a closure of the Abuja National Mosque to curtail the spread of Coronavirus, the United States government on March 19 commenced the evacuation of its citizens from Abuja through several emergency flights.

With confirmed cases at 111 by March 29, 2020, the Federal Government implemented a lockdown of the major Nigerian cities. This was roughly the same time the United States was lagging behind many advanced countries in Coronavirus testing, state officials could not agree on the importance of wearing masks, the effectiveness of a lockdown strategy, or whether the virus even existed. Even the British government still did not believe that banning large-scale gatherings and closing schools — just like Italy, France, Germany, and Spain did – would be effective in preventing the spread of the disease.

Putting the ever-growing population into focus, Africa currently has the second-lowest rate of death of 19 deaths per one million people, which is almost 34 times lower than North America’s, the region with the highest rate. Basically, by all projections, we should be doing much worse, but we aren’t. So why is that?

Has Africa Been Unknowingly Prepared?

Back in 2014, the world got a shock with Africa’s swift eradication of the Ebola Virus. Nigeria was notable for having strong, selfless health care personnel who raised the alarm on time and whose warning was broadcasted widely. The sensitization was thorough, the collective resolve to fight the strange virus unwavering and while the world looked on, Nigeria, with its flawed and inadequately-structured health-care/medical research system and facilities, defeated the virus. Researchers, analyst and speculators at Africa’s low death rate are perhaps overlooking the tenacity with which the continent fought against past pandemics/epidemics.

The result of this past record, however flukey it might seem, should bear some weight now. There were lockdowns. People stayed in their homes. The global economy took a hit, and everywhere around the continent felt it, but still, people stayed home. People wore masks. It took a while, but they did. It took a while, not because people were against wearing masks as an infringement on their human rights, but out of an understandable reaction to an alien way of living, breathing, and staying alive.

If there is anything Africans, Nigerians, have come to exhibit, is the verve to stay alive, and to do that no matter what it takes. So even when many believed that Coronavirus was a calculated figment of the Western world’s imagination to force harmful vaccines, people still played their part to rid the continent of the virus.

It is also essential to take into account the proactive work put in by private and public organisations in comprehensive data building, tracking, and documentation. These platforms, one of which is BeatingCorona Africa Mapping page, have played an integral part in the fight against Coronavirus. The platform has connected people with intervention centres, enabled the government to see the possible areas of danger and have provided the people with accurate information on how the government is fighting the pandemic.

First, it was the BBC. Then it was the New York Post. There is an obsession with Africa’s low death rate, a reasonable obsession if it didn’t come with a tone of bewilderment as against critical thought and analysis. The opening of the BBC Africa analysis reads:

“For months, health experts have been warning that living conditions in poor, urban communities across Africa are likely to contribute to a rapid spear of Coronavirus… but what if the opposite is also true? What if those same crowded conditions also offer a possible solution to the mystery that has been perplexing experts on the continent for months.

“What if — and this is putting it rather crudely — poverty proves to be the best defence against Covid-19?”

Some European countries such as Albania, Bulgaria, Czech Republic, Montenegro, North Macedonia are already fighting the second wave of Coronavirus cases, while the United States is expected to record more cases and deaths due to the coming winter season, political rallies, physical protests, in-person voting in November, including consistent protests against masks wearing.

More studies could prove the impact of the continent’s youthful population or its warmer and drier weather on the COVID-19 fatalities in Africa, but there is a meaningful conversation to be had around how the West continues to treat Africa’s low death rate with smug disbelief. But this could also be traced directly to a willingness to lead with science, community-based surveillance, or government-controlled shutdown measures and social gathering regulations. For African countries, the most important story is that public safety during the COVID-19 crisis has become a collaborative effort.